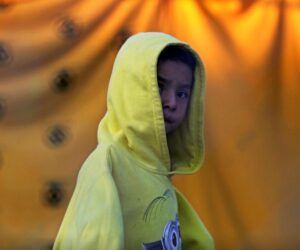 WASHINGTON (Reuters) – The U.S. government is taking new steps to speed up releases of unaccompanied children to parents or other sponsors as the Biden administration grapples with a growing number of underage migrants arriving at the U.S.-Mexico border.

President Joe Biden, a Democrat, earlier this month reversed a policy put in place by former Republican President Donald Trump that allowed U.S. authorities to rapidly expel migrant children caught at the border without their parents. The expulsion policy is still in place for most migrants, including families and individual asylum seekers.

In January, U.S. Border Patrol caught 7,300 unaccompanied minors crossing the border illegally, the highest number of arrests in the month of January in at least a decade and up from 4,500 a month earlier.

Children apprehended at the border are now subject to a process outlined in U.S. law and standard before Trump’s order: they are held briefly in the custody of U.S. Customs and Border Protection (CBP) and then transferred to government shelters before being released to their parents or other adults in the United States. From there, the children can pursue their claims for asylum or other protection in immigration court, some with help from lawyers or sponsors.

On Monday, the Department of Health and Human Services (HHS) reopened an emergency shelter in Texas and is also considering reopening a controversial facility in Florida, a sign of the scramble to find housing for the children. Shelter capacity was greatly reduced due to coronavirus social distancing, and existing facilities are close to full.

HHS, which oversees shelters for migrant children, is in the process of switching to a new database that could cut hours or days from the time it takes to perform background checks for sponsors, said a department official who requested anonymity to discuss internal operations.