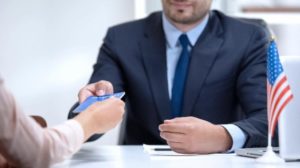 Zoom has kept the world connected during Covid-19. More than 200 million people gather daily on the video communication platform, helping schools, churches and businesses of all types stay productive despite social distancing constraints.

The startup has proved invaluable, yet the launch almost did not happen. Founder and CEO Eric Yuan developed the idea for virtual meetings in China, while studying engineering at college and traveling 10 hours by train every time he wanted to see his future wife. He knew the Internet could bridge the distance, but he needed access to Silicon Valley resources to convert his vision into reality.

Eight times he applied for a temporary work permit, and eight times the U.S. Department of State told him no. Finally on his ninth try in 1997—after two years of rejection—Yuan got his H1-B visa. He spent the next 14 years at WebEx and Cisco before striking out on his own in San Jose.

While Zoom has emerged as a “unicorn,” a private firm valued at more than $1 billion, the story is not unique. Many other immigrant companies have made life better for U.S. consumers and producers in recent months. Instacart, the grocery delivery firm that lets families stock their pantries without leaving home, was founded by Apoorva Mehta. He was born in India, lived in Libya and moved to Canada before coming to the United States on a work visa.

Mehta learned entrepreneurship on the job at Amazon, which has its own immigration connection. Founder Jeff Bezos is the son of a Cuban refugee who came to the United States alone at age 16. Now the company delivers more than 1.6 million packages daily, while providing streaming entertainment to 150 million subscribers. Imagine hunkering down for the duration of the lockdown without these services.

Google, Tesla, Uber and Palantir also have founders born outside the United States. Overall, more than half of U.S. tech unicorns and nearly half of Fortune 500 companies were started by immigrants or their children.