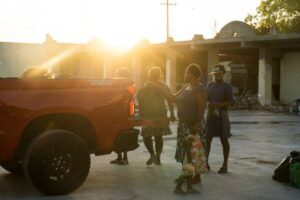 A U.S. appeals court ruled on Thursday that the Biden administration can continue expelling migrant families caught crossing the U.S.-Mexico border under a COVID-19 pandemic order while a lawsuit challenging the policy proceeds.

The order, known as Title 42, was issued in March 2020 by the U.S. Centers for Disease Control and Prevention under former President Donald Trump, which cited the need to limit the spread of the coronavirus. A federal judge ruled on Sept. 16 that the policy could not be applied to families but the administration of President Joe Biden appealed the ruling.

In his original ruling against the Biden administration, Judge Emmet Sullivan of the U.S. District Court for the District of Columbia wrote that the public health law the Title 42 policy is based on does not authorize the expulsions of migrants.

Expelling asylum seekers denies them the “opportunity to seek humanitarian benefits” they are entitled to under immigration law, he wrote. The order was set to take effect on Thursday but the Biden administration appealed.

The judge’s order only applies to families and not to single adults.

“We are disappointed in the ruling but it is just an initial step in the appellate litigation, and nothing stops the Biden administration from immediately repealing this horrific Trump-era policy,” Lee Gelernt, a lawyer for the American Civil Liberties Union, said in a statement.

Biden, a Democrat, faces pressure from Republicans over the number of border arrests, which have hovered around 20-year highs. read more

A camp of nearly 15,000 Haitians in South Texas who had crossed the Rio Grande river from Mexico ramped up attention on the issue in recent days. Using the Title 42 policy, the administration rapidly expelled thousands of people – including families with small children – back to Haiti, a country that has been devastated by a political crisis and multiple natural disasters. The U.S. special envoy to Haiti resigned in protest over the expulsions.