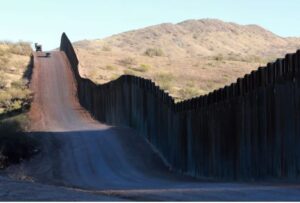 Just a few months ago, the current Supreme Court term was likely to be one of the most consequential terms for immigration law in a long time. The Court planned to hear two cases — now known as Mayorkas v. Innovation Law Lab and Biden v. Sierra Club — which questioned the legality of anti-immigration policies put in place during the Trump administration.

But the Biden administration rescinded one of these policies and drastically curtailed the other, and asked the justices to remove arguments in both Innovation Law Lab and Sierra Club from its calendar in light of these policy changes.

On Wednesday, the Supreme Court granted those requests.

President Joe Biden signed a proclamation on January 20, his first day in office, declaring that “no more American taxpayer dollars [shall] be diverted to construct a border wall,” ending his predecessor’s plans to spend billions of dollars appropriated for the military on this wall.

The same day, then-acting Secretary of Homeland Security David Pekoske issued a memorandum that curtailed the Trump administration’s “remain in Mexico” policy. That policy forced tens of thousands of migrants who seek asylum in the United States to wait in Mexico while their cases were being processed (the Trump administration stopped processing these cases last March, citing the Covid-19 pandemic).

The Biden administration’s new policy does not end the remain in Mexico program in its entirety, but it does provide that new asylum seekers will not be forced to enroll in the Trump-era program.

Technically, the two cases remain before the justices, and the Court could place them back on its argument calendar at any time. But the Court’s decision to cancel oral arguments in the two immigration cases is a very good sign that the suits will eventually be disposed of without a decision.