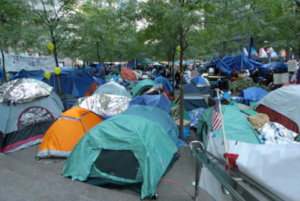 On this week’s episode of Amicus, Slate’s podcast about the Supreme Court, Dahlia Lithwick was joined by Kristin Clarens, an attorney with Project Adelante, a group of multidisciplinary professionals, including lawyers, doctors, ministers, and psychologists, working across the country to help mobilize and concentrate support for asylum-seekers at the border. A transcript of the interview, which has been edited and condensed for clarity, follows.

Dahlia Lithwick: Can you just start by explaining what it is that you do and how as a lawyer you were able to kind of amble in and out of border facilities, detention facilities?

Kristin Clarens: People who previously would have been detained [in the U.S.] are now living in sort of makeshift refugee camps on the Mexico side of the border because of the “Remain in Mexico” policy. So now it’s incredibly easy to amble in and out, as easy as it is for the cartel members and other organized criminals who are circulating in these camps.

The Remain in Mexico policy, the Migrant Protection Protocols, is just about a year old. Can you describe what the world was like before it, what the world has been like since?

The estimates are that there are around 3,000 people [in the tent camp in Matamoros] living just in squalor and in tents, and that 80 percent of them are families with young children. A year ago, in the Rio Grande Valley, most of those people would come to the United States either after asking for permission at a port of entry or after crossing without permission and they would be apprehended, put into one of the temporary facilities that so many of us have seen on the news with the kids in cages and the very overcrowded conditions, lack of sanitation and medical care. After that, the families and young kids were sent to longer-term detention centers where many of us, many lawyers who speak Spanish, have worked across the country.