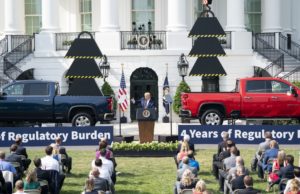 US President, Donald Trump, has revealed that a US immigration act he is planning will be merit-based. Amid failed efforts to end the DACA program, Trump said that the planned executive order would “take care of DACA.”

The US President has long said that he wants to overhaul the US immigration system so that it’s based on merit and not family ties. Trump, who is targeting re-election in November, said the Democrats have had their chance for three years to do something with DACA and they’ve always rejected that chance.

Trump accused the Democrats of using DACA as a political weapon. He said: “They always turned it down. They used it as politics. I am using it to get something done, but we will be signing a very powerful immigration act. It will be great; it will be merit-based. The country has tried to get it for 25 or 30 years.”

Trump claims that his new act will give DACA migrants a ‘road to US citizenship’, which drew heavy criticism from some inside his administration. Senator Ted Cruz called Trump’s plans a mistake.

An official White House statement said: “The President is working on an executive order to establish a merit-based immigration system to further protect US workers.”