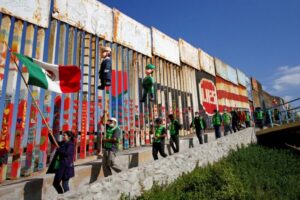 WASHINGTON (Reuters) – President Donald Trump’s administration is pushing to finalize new immigration restrictions before his term ends in January, according to three senior homeland security officials, a last-gasp effort in a policy area that was a central focus during his four years in office.

The moves come even as Democratic President-elect Joe Biden has pledged to rescind many of Trump’s immigration policies. By finalizing rules that have just been proposed, or issuing last-minute orders, the administration could slow down Biden’s efforts to undo many of Trump’s signature measures that have made it harder for immigrants to enter and settle in the United States.

A central goal for Trump’s last few weeks in office is replacing a lottery system used to award H-1B visas to skilled foreign workers, according to officials with the U.S. Department of Homeland Security, who spoke on condition of anonymity to discuss government operations. Instead, a new selection process would favor visa applicants with higher-paying jobs.

The Trump administration argued in a proposed version of the regulation released in October that the change is needed to better protect U.S. workers.

White House senior adviser Stephen Miller – considered the architect of Trump’s hard-line immigration agenda – told Reuters over the summer that the regulations meant to drive up wages in the H-1B program would be politically unpopular to reverse.

Other measures that could be hurried to the finish line include new rules to restrict access to asylum and a regulation that would allow federal immigration officials to collect DNA from family-based visa applicants and the U.S. citizens or permanent residents who sponsor them.

The changes would take the form of regulatory actions that are crafted by agencies and do not require congressional approval but need to follow legal processes outlined in federal law.