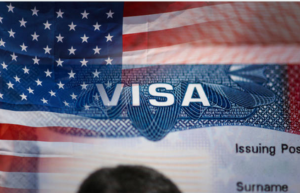 At news conference on Monday with Prime Minister Giuseppe Conte of Italy, President Trump exaggerated the number of relatives immigrants can sponsor to reside in the United States through “chain migration.” He also falsely said that NATO was “going out of business” before he pushed the issue of military spending with the alliance.

Since last October’s truck attack in Manhattan, President Trump has claimed without evidence that an Uzbek man who was charged in the attack had sponsored 22 to 24 relatives who moved to the United States through “chain migration,” or family-based immigration.

On Monday, he appeared to have added a few relatives to this count and applied it more broadly to all immigrants.

As The New York Times has previously reported, studies have estimated that a single immigrant has, on average, sponsored 2.1 to 3.45 foreign relatives — a tenth of Mr. Trump’s dramatic figure.

By claiming that the North Atlantic Treaty Organization was “going out of business,” Mr. Trump has moved on from making exaggerated claims about alliance members’ military spending to an outright falsehood.

As The New York Times has previously explained, each NATO member pledged in 2014 to spend 2 percent of its gross domestic product on defense by 2024, largely because of Russia’s aggressive actions in Ukraine.

Though the vast majority of members have not yet reached the 2 percent goal, they do not “pay” this money to NATO, and the alliance is not “going out of business” for failing to collect payments.

Even if Mr. Trump broadly meant that alliance members’ military spending was insufficient, it should be noted that European members and Canada spent $270 billion to $300 billion on defense every year before he took office.