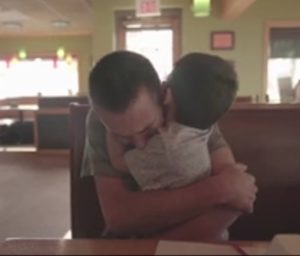 The Trump administration has released more than half of the youngest children separated from their parents at the U.S.-Mexico border, officials said, but continues to hold the rest as a court deadline to reunite a much larger group of older children approaches.

U.S. District Judge Dana M. Sabraw in San Diego had given federal officials until Tuesday to reunite children under age 5 who were taken from their parents or other adults as part of a crackdown on people crossing the U.S.-Mexico border illegally. Federal officials say they could not return 45 of the 103 children for safety reasons or because their parents were deported or in criminal custody. One parent could not be found.

The family separations — which also involve older children — have sparked international outrage and considerable confusion, with Sabraw warning the government this week to speed the reunification process, including background checks. A report filed with the court late Thursday showed 58 children were reunified across the country, some late at night and across great distances. Children or parents were scattered nationwide, including in Maryland, Texas, New York, Georgia, Louisiana, Arizona and Illinois.

Sabraw told the government to reunite the older children with their parents by July 26. The government has said there are “under 3,000” such children. Officials say they will provide a list of their names by Friday to the American Civil Liberties Union, which filed the class-action lawsuit that led to the judge’s ruling last month.

But in an update filed with the federal court Thursday, ACLU lawyers said the government did not reunite all children with their parents by Tuesday’s deadline and asked the judge to impose “remedies” to ensure compliance with future deadlines, including more information sharing and strict deadlines. Lawyers also asked the judge to order the government to reimburse families for travel costs and to create a fund to pay for counseling for the children.