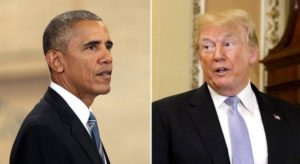 When the news media reported the arrests of hundreds of foreign students who were enrolled at a fake university that was set up by Immigration and Customs Enforcement (ICE), Sen. Elizabeth Warren (D-Mass.) and Rep. Alexandria Ocasio-Cortez (D-N.Y.) lambasted what they described as a cruel and corrupt scheme to entrap immigrants.

According to immigration lawyer Jeremy McKinney, this is the latest example of the Trump administration’s “hostility towards international students.”

Who created the fake university scheme?

Democrats such as Rep. Norma Torres (D-Calif.) don’t care that Obama established the fake university scheme. They still blame Trump for it. According to Torres, it reflects the “mean-spirited” immigration policies of the Trump administration.

According to an ICE press release from the Obama era, the Obama administration created the University of Northern New Jersey (UNNJ) in 2013. It was not staffed with instructors or educators, had no curriculum, and did not conduct any classes or education activities. It was just a storefront location with small offices staffed by federal agents posing as school administrators.

UNNJ was represented as a state-licensed school with the Department of Homeland Security (DHS) certification. It issued fake I-20 forms, which certified that foreign nationals had been accepted at an American school and were expected to be full-time students. The foreign nationals who paid for the I-20 forms used them to establish eligibility for F-1 student visas.

BY NOLAN RAPPAPORT for THE HILL
Read Full Article HERE