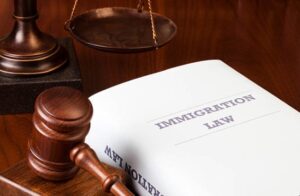 President Trump’s four-year crusade against immigration has pushed the number of foreign workers and other immigrants arriving on American shores down to the lowest level in decades.

Among the most damaging of Trump’s anti-immigration efforts, according to experts, is his renewed push to deny visas to foreign workers with special skills and expertise that U.S. companies need.

Two rules issued this week, one by the Labor Department and the other by the Department of Homeland Security, are expected to make it significantly harder for tech firms — many of them in California and elsewhere on the West Coast — to bring on workers from abroad under the so-called H-1B visa program. Many economists say the rules will hurt the U.S. and help its foreign competitors. Robert Atkinson, president of the Information Technology and Innovation Foundation, a nonpartisan think tank, said he has started to see recruitment billboards placed by Canadians in Silicon Valley.

Trump officials have sought to frame the latest H-1B rules as a coronavirus-induced emergency to save American jobs, bypassing the public-comment period to impose some of the changes right away.

Yet the H1-B program, along with many other forms of legal immigration, has been in the administration’s crosshairs since Trump first took office, according to Sarah Pierce, an analyst with the Migration Policy Institute.

“This wasn’t something they just cooked up once the pandemic happened,” Pierce said.