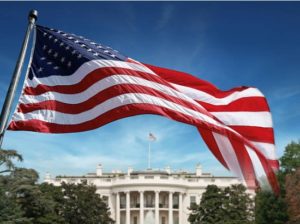 The White House has developed proposals severely limiting employment-based immigration visas as the nation recovers from the coronavirus pandemic, though President Donald Trump has yet to decide whether to push forward changes that may effectively halt the entry of foreign workers until autumn.

One possibility under consideration would restrict people from entering the U.S. on several different visa categories, including the H1-B program for high-skilled workers, for as long as 180 days, according to two people familiar with the proposal. They asked not to be identified discussing internal government deliberations.

Workers who were granted those visas but remain outside the country may not be able to enter until the order expires. The move would affect hundreds of companies and thousands of people; the H1-B is awarded to about 85,000 workers annually.

But the president, who is spending a long weekend at his Bedminister golf resort in New Jersey, has not yet made a final decision about how to proceed, and the administration is weighing different possibilities as well.

“The administration is currently evaluating a wide range of options, formulated by career experts, to protect American workers and job seekers, especially disadvantaged and under-served citizens — but no decisions of any kind have been made,” White House spokesman Hogan Gidley said in a statement.

The possible H-1B restrictions were reported Thursday by the Wall Street Journal. The president is also considering new regulations that would raise standards for migrants hoping to obtain asylum and a rule that would allow immigration judges to deny those requests without giving migrants the chance to testify in court, the New York Times reported Friday.

The various proposals come as the president looks to bolster his “America First” credentials ahead of November’s election. He has seen his approval ratings lag amid the health and economic destruction wreaked by the outbreak, which so far has killed at least 114,000 Americans.