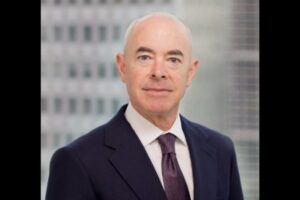 A day earlier, Trump at an event in Florida had alleged that the Biden administration has put the national security at risk by opening up the borders to illegal immigrants.

“We are working hard to replace the cruelty of the Trump administration”, said New Homeland Security Secretary Alejandro Mayorkas on Monday and allegedly accused ex-US president Donald Trump for dismantling the country’s immigration system. He also said it will require time to “rebuild it from scratch”.

The previous US government implemented rigid immigration rules on those allowed to seek asylum in the US and advocated a merit-based immigration system to protect US workers.

“We are dedicated to achieving and, quite frankly, are working around the clock to replace the cruelty of the past administration with an orderly, humane, and safe immigration process. It is hard and it will take time, but rest assured we’re going to get it done,” Mayorkas told reporters at a White House news conference.

The changes are likely to take time, because of the immigration system that the Biden administration has inherited from its predecessor, he said.

The Department of Homeland Security (DHS) secretary rued the “lack” of proper facilities to administer the humanitarian laws that the Congress had passed.

“Entire systems are not rebuilt in a day or in a few weeks. To put it succinctly, the prior administration dismantled our nation’s immigration system in its entirety. When I started 27 days ago, I learned that we did not have the facilities available or equipped to administer the humanitarian laws that our Congress passed years ago. We did not have the personnel, policies, procedures, or training to administer those laws. Quite frankly, the entire system was gutted,” Mayorkas alleged.