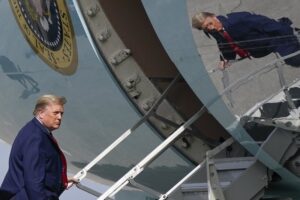 SAN DIEGO (AP) — President Donald Trump on Thursday extended pandemic-related bans on green cards and work visas to large groups of applicants through March 31, while a federal appeals court sided with him on a rule that requires new immigrants to have their own health insurance.

The twin developments on the final day of 2020 encapsulated how Trump has made U.S. immigration policy more restrictive without support from Congress. President-elect Joe Biden has promised to undo many of Trump’s actions but it is unclear how quickly and even to what extent.

Federal judges have limited the impact of the pandemic-related visa bans, which were set to expire Thursday. Biden, who is now forced to decide when and whether to lift them after taking office Jan. 20, doesn’t specifically address the issue in his immigration platform.

Biden also doesn’t directly address the health-insurance requirement in his platform, and a lawyer who sued over the policy on Thursday urged him to immediately rescind it.

In April, Trump imposed a ban on green cards issued abroad that largely targets family members of people already in the United States. After a surprisingly chilly reception from immigration hawks, the administration went much further in June by adding H-1B visas, which are widely used by American and Indian technology company workers and their families; H-2B visas for nonagricultural seasonal workers; J-1 visas for cultural exchanges; and L-1 visas for managers and other key employees of multinational corporations.

Trump said the measures would protect American jobs in a pandemic-wracked economy, while business groups said they would hamper a recovery.

“The effects of COVID-19 on the United States labor market and on the health of American communities is a matter of ongoing national concern,” Trump’s proclamation Thursday read, highlighting the growing number of cases and states’ restrictions on businesses.