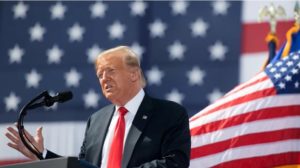 On June 22, President Donald Trump issued a proclamation that suspended the entry of nonimmigrant aliens who present a risk to the U.S. labor market following the coronavirus outbreak.

The proclamation also extended a previous proclamation that he had issued on April 22, which suspended the entry of certain aliens coming here to be admitted as lawful permanent residents (LPRs) who present a risk to the U.S. labor market. “Admitted as an LPR” refers to an alien who is not yet in the country and does not yet have LPR status, but who is eligible, has the paperwork ready and — if all goes well when inspected on entry — will be admitted as an LPR. The suspension does not apply to aliens who already have the status. The April proclamation had created a problem for children of lawful permanent residents who were getting ready to attain that status themselves.

The proclamations will expire at the end of the year, but they may be continued as necessary.

According to Trump, COVID-19 has significantly disrupted Americans’ livelihoods. The overall unemployment rate has nearly quadrupled between February and May. Millions of Americans are out of work. The proclamations are intended to reduce competition with foreign workers for scarce jobs; American workers compete against foreign nationals for jobs in every sector of our economy.

Also, an influx of new LPRs and alien visitors could strain the finite limits of our healthcare system at a time when we need to prioritize providing medical care for Americans and the existing immigrant population.

This is a serious problem for children of LPR parents who may reach the age of 21 before the suspension is lifted.