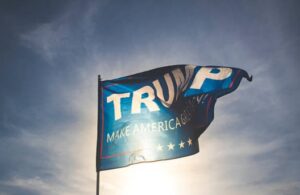 The ad, titled “In His Own Words,” features footage of Biden telling voters at a South Carolina campaign event, “If you elect me your taxes are going to be raised, not cut.”

However, Biden has pledged not to increase taxes on those making less than $400,000 annually.

“By the way, how many of you did really well with that $1.9 trillion tax cut?” Biden asked a crowd, referencing the 2017 GOP tax reform law.

After a voter said they did benefit from the tax cut, Biden said, “I’m glad to see you’re doing well already, but guess what? If you elect me, your taxes are gonna be raised, not cut.”

The Urban-Brookings Tax Policy Center released a paper earlier this year finding that Biden’s tax proposals would raise approximately $4 trillion over 10 years and lead to the largest tax increases for high-income people.

Biden has vowed to work with lawmakers if elected to provide “a roadmap to citizenship for nearly 11 million undocumented immigrants,” according to his website.

The ad is set to be released in key battleground states of Florida, Arizona, North Carolina, Georgia and Wisconsin, Axios reported. The ad will run in Wisconsin through the Democratic National Convention, which is set to take place in Milwaukee with a slate of virtual speeches amid the ongoing coronavirus pandemic.

By MARINA PITOFSKY for THE HILL
Read Full Article HERE