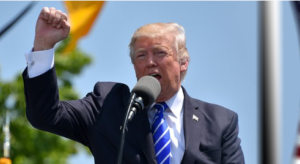 In the past several days, several mostly local news stories have explored the steep human costs of the Trump administration’s brutal policy of separating parents from their children at the U.S.-Mexico border, searing the issue further into the national consciousness. The Arizona Daily Star ran a painful story featuring reporting from the federal courthouses where the new rules are being carried out; the Houston Chronicle published one about the difficulty parents and children face in reuniting once they’re torn apart. Those accounts helped inspire the social-media resurrection of a New York Times piece from a month ago, which reported that the Department of Health and Human Services had lost track of almost 1,500 children it had placed into foster care after they had attempted to cross the border unaccompanied.

The Times story quickly ricocheted around Twitter and Facebook, causing a belated-but-justified generalized furor about the desperate state of American immigration law, which encompassed the missing children, the separation policy, years-old ICE abuses revealed in an ACLU report released this week, and more. The hashtag #wherearethechildren was the number one trending topic on Twitter Saturday afternoon.

Under pressure from their liberal base, several Democratic lawmakers began to speak out more forcefully about the moral catastrophe at their doorstep.

On Saturday morning, the outcry caught the attention of internet denizen President Trump. His response: blame Democrats for a policy that he personally directed, then accuse them of being in thrall to a criminal gang.

This weapons-grade nonsense goes well beyond the usual Trump lies.

The child-separation policy was implemented by Trump’s own attorney general, Jeff Sessions, who said, when he announced it, that “If you’re smuggling a child, then we will prosecute you and that child will be separated from you as required by law.”

Sessions also announced that the Trump administration would aim to prosecute 100 percent of border crossers, in an effort to end “catch and release” policies that freed undocumented immigrants while their cases played out in court. Both counted as dramatic changes from previous administrations, which typically allowed families — either those seeking asylum or those captured crossing illegally at the border — to stay together while they awaited their fates.