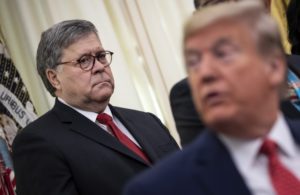 Charlotte, North Carolina–based immigration judge V. Stuart Couch was known for his tough demeanor in court. A former Marine pilot and a prosecutor in Guantánamo, he developed a reputation for routinely denying asylum to applicants after he became an immigration judge in 2010. Between 2014 and 2019, Couch denied 93.2% of asylum claims — a much higher rate than the average national denial rate of 63.1%. His hardline approach even led him to buck a decision by a higher court, the Justice Department’s Board of Immigration Appeals (BIA), in 2018. That court ruled that Couch had been “clearly erroneous” in one of his decisions to refuse asylum and sent the case back to him to grant the claim. Instead, Couch refused to issue a new ruling and, against protocol, tried to send it back again to the BIA. Deborah Anker, director of the Harvard Immigration and Refugee Clinic and one of the leading legal experts in asylum policy, called Couch’s move “completely extraordinary.”

That wasn’t the only moment Couch drew attention. He also has been charged with copying and pasting negative asylum decisions, particularly in cases involving women fleeing domestic violence. Three years ago, he was the subject of a complaint by a lawyer who claimed that Couch had threatened a child present in his courtroom with violence. According to the complaint, Couch said, “I have a very big dog in my office, and if you don’t be quiet, he will come out and bite you!” Despite this questionable conduct and his refusal to respect the rulings of the higher-level immigration court, late last year Attorney General William Barr promoted him to join it. Judge Couch now sits on the Board of Immigration Appeals, the nation’s highest immigration court.

The Board of Immigration Appeals is a 21-judge body that interprets immigration law and hears appeals to, among other cases, asylum claims. In a spate of appointments by current Attorney General Barr, six new judges are now on the BIA who, while working as lower court judges, granted asylum at abysmally and unusually low rates. According to data compiled by Amoachi and Johnson, a New York–based immigration law firm, the six Board of Immigration Appeals judges who have been appointed by Attorney General William Barr have an average grant rate of 2.4%. The overall average grant rate among non-BIA immigration judges for FY2019 was 29%. Two of the six Barr-appointed judges did not grant a single asylum case in 2019.