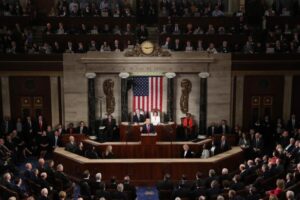 The Trump administration has not promoted a job-creating visa for immigrant entrepreneurs in Canada, Australia and the United Kingdom, despite touting the immigration systems in those countries. In 2013, the U.S. Senate passed a startup visa included as part of a bill that did not become law, but since then has not advanced similar legislation. New research finds U.S. policymakers can learn from other nations that allow foreign nationals to gain permanent residence by starting a business that creates jobs. The visa can become part of an economic comeback from the coronavirus pandemic.

“The international experience is that establishing startup visas to grant permanent residence to foreign-born entrepreneurs can bring jobs and innovation to a country,” according to a new National Foundation for American Policy (NFAP) analysis of immigration policies in four nations. “The current economic problems in the United States may bring a renewed focus on innovative ways to create jobs in America.”

– “A 2016 bill establishing a startup visa in the United States could have created 1 million to 3.2 million jobs over the course of a decade if it became law.