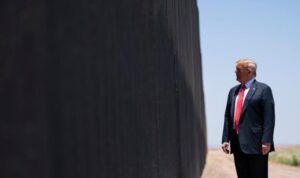 US President Donald Trump’s push to crack down on undocumented migrants and reshape immigration rules to keep immigrants out was at the heart of the Republican’s winning 2016 campaign and has remained at the forefront of his White House agenda.

Former Vice President Joe Biden, the likely Democratic challenger in this year’s presidential election, promises to rescind many of the policies put in place by Trump’s administration and instead advance his own platform if he wins on November 3.

Here is a look at some of their immigration stances.

Trump has dramatically curtailed immigration and travel into the United States during the coronavirus pandemic, arguing the steps were needed for health reasons and to protect jobs for US workers in the face of high unemployment.

During the pandemic, Trump has restricted the entry of many foreign workers and immigrants seeking green cards for permanent residency.

Biden tweeted at the time that Trump was banning immigrants to distract from his administration’s pandemic response and that “immigrants help grow our economy and create jobs”.

Biden has said he will pause deportations for 100 days after taking office, but he has not yet said if he would immediately reverse Trump’s sweeping pandemic-related restrictions.

When the Trump administration announced plans in July to restrict the entry of some foreign students to the US, a policy it later had to rescind, Biden tweeted support for international students, saying they bring innovation to the country.

The Supreme Court ruled in June against Trump’s 2017 decision to end the Deferred Action for Childhood Arrivals (DACA) programme, which protects from deportation of immigrants popularly known as “dreamers”, who were brought to the US as children and have remained in the country without documentation.