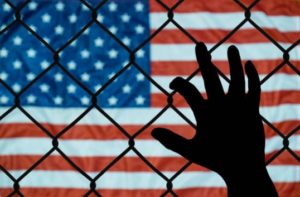 (CNN)The Trump administration’s executive order this week dramatically curtailing legal immigration to the US sent hundreds of people and businesses into a scramble to understand whether their future plans are now derailed.

The employment-based visas targeted by the administration are tailored for a range of jobs in the US, including in health care, education and tech industries. There are some exceptions, like people treating Covid-19 patients or conducting research to help the US combat the pandemic. Still, thousands stand to be affected.

The Migration Policy Institute, a think tank based in Washington, DC, estimates some 167,000 temporary workers will be kept out of the United States as a result of the new restrictions, which took effect on Wednesday.

The administration argued, in the proclamation, that the “extraordinary circumstances” posed by coronavirus called for the suspension of employment-based visas. But immigrant advocates, industries, and experts say the administration is taking advantage of the pandemic to make sweeping changes to the nation’s immigration system and advance its agenda to slash legal immigration.

Only 24 hours after the White House issued its order, Greg Siskind, an immigration attorney based in Tennessee, had already heard from more than 200 people who are afraid, worried and uncertain about their future through a form he posted on Twitter.

Since then, Siskind has been fielding hundreds of questions from people who immigrated to the US, or planned to, on employment-based visas.

“The whole ban is about trying to help US workers to get US jobs. It seems to be counter-productive,” Siskind, whose clients are impacted by the new restrictions, told CNN. “You can go basically to every visa on the list and figure out some kind of disastrous economic consequences that particular industry is going to face.”

The entries Siskind received detail the varying circumstances many are finding themselves in, including physicians worried that future medical residents from overseas may not be able to come, foreign employees unsure whether they’ll be able to return to work at US companies, individuals working on research at universities, and families who may remain separated.