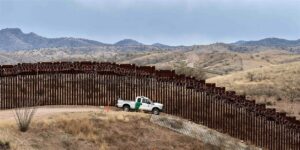 “The whole point is 110 percent to screw the incoming administration from doing anything for six months,” said an official, who doubts the deals are legal.

WASHINGTON — Current and former Trump administration officials say the Department of Homeland Security has made a last-minute effort to “sabotage” the incoming administration’s efforts to unroll its tough immigration policies by signing legal agreements in recent weeks with state and local authorities that are intended to delay any such changes for 180 days.

Homeland Security has entered into agreements that would require the agency, even under the leadership of the Biden administration, to consult with certain state and local jurisdictions “before taking any action or making any decision that could reduce immigration enforcement, increase the number of illegal aliens in the United States, or increase immigration benefits or eligibility for benefits” for undocumented immigrants.

The states and localities would then have 180 days to provide comment — and the Biden officials would have to consider their input and provide a “detailed written explanation” if they rejected it.

Four such agreements, signed by the attorneys general of Indiana, Louisiana and Arizona and the sheriff of Rockingham County, North Carolina, were first reported by BuzzFeed News. Legal experts have questioned whether they can be enforced.

NBC News has reviewed the four agreements, which were signed from Dec. 15 to Dec. 29 by the localities and on Jan. 8 by Ken Cuccinelli, the senior Trump official performing the duties of deputy secretary of homeland security. Two current Trump administration officials said more such agreements have been signed by other states and municipalities.

One of the current officials said the documents were written with the sole purpose of delaying Biden’s immigration agenda by six months.

“The whole point is 110 percent to screw the incoming administration from doing anything for six months,” one of the officials said, adding that the broad language could keep the agreements from standing up in court.