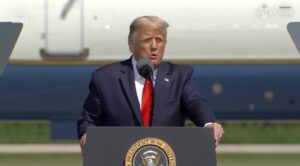 With Inauguration Day nearing, there’s added urgency within the Trump administration to ram through any last-minute policies that would limit immigration to the United States, according to multiple sources.

For instance, the Department of Homeland Security is trying to ramp up agreements to send asylum seekers to Central American countries, plans that have largely been under the radar during the coronavirus pandemic, according to three sources familiar with the discussions, as well as rules regarding student visas and work permits.

The push is in line with a years-long effort to usher forward a slew of policy changes that have overhauled the US immigration system — and in part, a concession that a new administration is incoming.

“It’s the same thing that happens in the twilight of every administration — you want to finish what you started and give it as much staying power as you possibly can,” said Jessica Vaughan, director of policy studies at the Center for Immigration Studies, a group that advocates reduced immigration.

Donald Trump’s presidency offered an opportunity to tighten immigration rules and curtail the flow of migration to the United States. Behind that push is Stephen Miller, Trump’s lead immigration adviser and the architect of his hard-line immigration agenda. Immigrant advocates have slammed Miller and the administration for their actions, arguing that the changes have betrayed the country’s posture of welcoming immigrants.

Over the last four years, administration officials, some of whom hailed from groups advocating reduced immigration, have leaned on immigration opponents to discuss policy changes. That continues to be the case now, with more urgency.

“There’s always going to be a higher level of intensity when time is limited,” said Chris Chmielenski, deputy director at NumbersUSA. “There has been constant communication between us and administration officials on what we still want done.”

Vaughan said she’s been in touch with administration officials who are trying to identify any final items that can be finalized before President-elect Joe Biden comes into office.