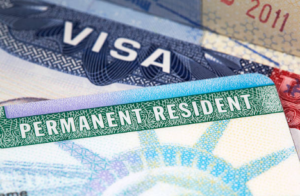 The Trump administration rolled out regulations to deny green cards to immigrants who use or are likely to use government benefits, including Medicaid, housing assistance and food stamps.

After two years of tightening immigration rules that focus on people here illegally, the Trump administration is taking another dramatic step, this time focusing on legal immigration in the United States. An immigrant who has used Medicaid or food stamps or other public benefits could soon be denied a chance at legal permanent residency or U.S. citizenship. NPR White House correspondent Franco Ordoñez reports.

FRANCO ORDOÑEZ, BYLINE: The Trump administration is making it harder for immigrants who want to obtain legal permanent residency. Ken Cuccinelli, the acting director for United States Citizenship and Immigration Services, said it’s time to update the long-established rules to ensure those coming to the United States can stand on their own two feet and not be a burden to the U.S. taxpayer.

KEN CUCCINELLI: What we’re looking for here are people who are going to live with us either their whole lives or, ultimately, become citizens, who can stand on their own two feet with the same sort of requirements that we’ve had in the past, for well over a century.

ORDOÑEZ: Federal law has long required those seeking green cards and legal status to prove they will not be a burden to the U.S. But the new rules dramatically expand the reasons to potentially deny someone legal permanent residency, such as if an immigrant used Medicaid or housing vouchers. The administration will also consider applicants’ English skills, income and health. Supporters see it as a smarter, more future-looking approach to immigration they say will incentivize newcomers and save taxpayers billions of dollars. This is RJ Hauman, the government relations director at FAIR, which advocates for tightening immigration controls.