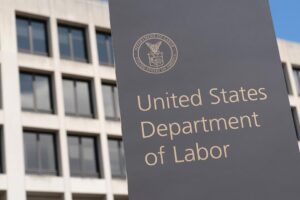 The Trump administration lost an H-1B visa case for the third time in December. U.S. District Judge Emmet C. Sullivan ruled the Department of Labor (DOL) violated the Administrative Procedure Act (APA) when it claimed a “good cause” exception to publish a rule without public comment to inflate the required minimum wage for H-1B visa holders and employment-based immigrants. The American Immigration Lawyers Association (AILA) spearheaded the case for the plaintiffs in Purdue University et al. v. Scalia, with Stellar IT added as a plaintiff.

On December 14, 2020, Judge Sullivan ordered DOL “to reissue any prevailing wage determinations issued on or after October 8, 2020 under the wage methodology” of the now unlawful DOL wage rule. That goes beyond the judges in two other cases recently decided against the Department of Labor.

On December 1, 2020, in the Northern District of California, a federal judge set aside the Department of Labor regulation that would have raised the required salary for H-1B visa holders and employment-based immigrants by 40% to 50%, well above the market wage for comparable U.S. workers. U.S. District Judge Jeffrey S. White also invalidated a Department of Homeland Security (DHS) rule that would have been effective December 7, 2020. The DHS regulation narrowed the definition of an H-1B “specialty occupation,” according to company declarations in the case, in a way that makes it nearly impossible for most foreign-born scientists and engineers to qualify for an H-1B visa.

On December 3, 2020, a federal judge in New Jersey granted ITServe Alliance, Dots Technologies and other companies a preliminary injunction to block the Department of Labor from implementing its H-1B wage rule. Analysts concluded the rule’s objective was to price out of the U.S. labor market existing H-1B visa holders and international students who graduate from U.S. universities. The Wasden Banias law firm filed the complaint.