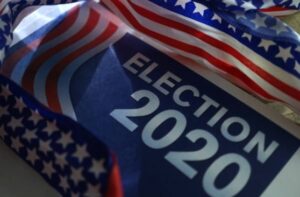 When the idea of erecting billboards of immigration violators initially came up at least a year ago, US Immigration and Customs Enforcement officials didn’t think much of it. The proposal was considered to be a low priority, according to two sources familiar with the discussions.

But just weeks from the presidential election, billboards picturing immigrants who were previously arrested or convicted of crimes are up in six locations in Pennsylvania, a critical swing state.

“This was a ready, fire, aim kind of thing. Get this done now,” a Department of Homeland Security official told CNN.

In the run up to November 3, and with early voting already underway, ICE and the Department of Homeland Security are amplifying with speeches, news conferences and billboards a message that the Trump administration has spent the better part of four years pushing: criticizing jurisdictions that limit cooperation between local law enforcement and federal immigration authorities.

In 2016, President Donald Trump flipped Pennsylvania by a small margin — 48.6% compared to 47.9% for Democratic nominee Hillary Clinton. To keep momentum, the Trump campaign is trying to maintain, and grow, that support for the President — a steep challenge after already losing some voters in the state.

The administration’s public actions on so-called “sanctuary cities” have taken on added significance as Trump ramps up his law-and-order campaign message, pulling in what should be apolitical law enforcement operations into a contentious presidential race.

“By driving ICE into this political gutter, you destroy its reputation,” said John Sandweg, who served as acting ICE director under the Obama administration, underscoring the importance of relationships with local law enforcement.

Acting Homeland Security Secretary Chad Wolf ardently defended the billboards during a news conference in Philadelphia on Friday as DHS and ICE touted the apprehension of over 170 people who are subject for deportation.