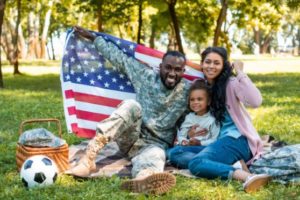 Children born overseas to some American parents serving in the military or working for the federal government may no longer automatically claim U.S. citizenship if their parents had lived in the United States for less than five years, according to a new federal policy issued Wednesday.

Instead, officials said, those parents must apply for citizenship on behalf of their children before they turn 18 years old.

U.S. Citizenship and Immigration Services, which processes citizenship applications, said it rescinded a policy that had allowed some members of the military and government employees to easily transmit citizenship to children born overseas, because it conflicted with other policies and federal law.

The policy takes effect on Oct. 29 and applies only to children born afterward, officials said.

Acting USCIS director Ken Cuccinelli said the new policy does not affect people who were born and raised in the United States.

Still, changing the rules stirred widespread confusion Wednesday amid concerns about the Trump administration’s emphasis on restricting immigration and amid fears that federal employees and military workers — including those deployed to military bases or dangerous countries — might not have the ability to protect their own children.

The Trump administration has cracked down on immigrants in the military, all but shuttering a program that recruited immigrants with key language and medical abilities and expelling some recruits because of their family backgrounds. President Trump and past administrations have also faced criticism for deporting veterans, generally those who had been convicted of crimes, including minor offenses.