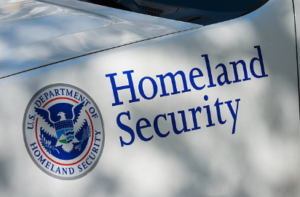 The United States Department of Homeland Security (DHS) has blocked staff from the Congressional Committee on Oversight and Reform from visiting immigrant detention facilities after recent inspections uncovered more disturbing reports of abuse.

The reports included one instance of a Border Patrol agent telling a child who had spilled soup that he would not be given more food unless he drank the soup from the floor. Further reports described agents feeding burritos to toddlers (and at least one infant) rather than age-appropriate food.

Some accounts from the facilities were in line with those documented by Human Rights Watch, as well as physicians, attorneys, lawmakers, journalists, the government’s own watchdog, and even border agents themselves, describing inadequate medical care, rooms too cold for children to sleep comfortably, rotten food, and migrants being forced to sign documents in English without translation, indicating a dangerous pattern.

Meanwhile, a lawsuit filed by 19 US states against the Trump administration documented reports of girls on their period being given just one sanitary napkin per day, even when they’d visibly bled through their underwear. They were not offered showers and were left to continue wearing soiled clothing.

DHS has repeatedly failed to use its funding in rights-respecting ways. It is once again expanding its capacity for immigration detention despite orders from Congress to the contrary, diverting $155 million from the Federal Emergency Management Agency’s (FEMA) disaster relief fund as Hurricane Dorian was bearing down on Puerto Rico and Florida.

The US Constitution gives Congress the authority to determine how much taxpayer money goes to the Department of Homeland Security and how that money can be spent. Congressional oversight of the executive branch of government is vital to making those funding determinations.