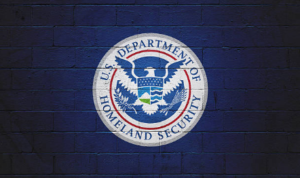 The Trump administration wants to pour more federal funding into Immigration and Customs Enforcement by shifting money out of other Department of Homeland Security accounts, two House aides and a congressional office confirmed to POLITICO.

The move is sure to rile Democrats already angered by what they see as President Donald Trump’s harsh immigration policies, most recently ICE raids across seven Mississippi food-processing plants that resulted in the arrest of 680 workers.

Congressional appropriators are reviewing a request from Homeland Security to redirect more money to ICE, aides said. It’s unclear how much the administration wants to move around through a process known as reprogramming, what the funds would be used for or whether the request would require congressional approval. Aides declined to provide details or a copy of the request.

“ICE is not going to win an award in the Democratic caucus for popularity,” Lowey (D-N.Y.) told POLITICO in a phone interview on Wednesday. “I certainly cannot see our caucus supporting taking money from other programs and putting it into ICE … I can assure you there would not be support for adding additional money for ICE.”

Federal support for ICE, which falls under Homeland Security’s umbrella, has become a hotbed of progressive ire, especially when it comes to the administration’s desire to pay for additional immigrant detention beds. Democrats have also tried to limit the administration’s reprogramming authority, particularly when it comes to shifting money around for the construction of a wall at the U.S.-Mexico border.