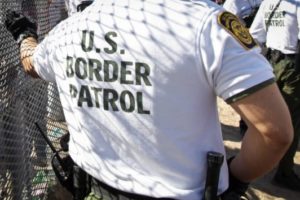 The U.S. government went on trial Monday in Tucson after a five-year lawsuit that alleges the Border Patrol mistreats immigrants in its Arizona detention facilities.

Advocates argue the Border Patrol holds immigrants inhumanely at many of its short-term detention centers in Arizona. They sued in 2015 and a federal judge ordered the agency to provide thin blankets and sleeping pads for those detained more than 12 hours. The centers are popularly called hieleras, or iceboxes, for their cold temperatures. Photos released of the conditions inside showed people huddled for warmth, filthy toilets, garbage strewn about.

“These are individuals who are not provided with food or water. They’re forced to sleep on the floor, concrete benches. There’s one toilet and two concrete benches in these facilities. There’s no privacy, there’s no diapers,” said Alessandra Navidad of the Arizona ACLU.

The suit was filed several years before last year’s rush of asylum seekers that overwhelmed the Border Patrol. Several children died in the agency’s custody and hundreds were removed from a facility in Dilley, Texas, that was heavily criticized by Congressional visitors.

Victoria Lopez also with the ACLU in Arizona.

“We hope and expect that of course this trial and this case will lead to more nationwide reforms across border patrol jails,” she said.

A Border Patrol spokeswoman said the agency could not comment because of the lawsuit. But the government has argued the facilities are designed for short-term stays and that it cannot control when the facilities may grow crowded.