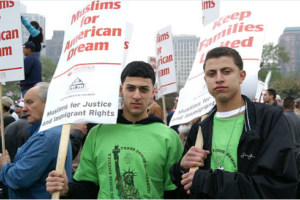 Washington (CNN)The Supreme Court on Tuesday handed President Donald Trump a win on his travel ban — and experts say it might indicate more such victories to come on immigration.

While the ruling stuck to the specific travel ban policy, it could mean two things for Trump’s agenda: It could be a signal that the Supreme Court might be favorable to the administration on a host of immigration-related lawsuits in the pipeline, and it could embolden the administration to push its boundaries elsewhere.

The decision upheld the President’s ban on individuals from certain countries, many of them majority Muslim, entering the United States, sending a strong message that Trump has broad powers under immigration law to act to protect national security and that statements made during an election campaign may not be legally determinative of the President’s intent.

The ruling has positives and negatives for people on any side of the issue, with even advocates who continue to challenge the President’s immigration agenda finding hope to fight on.

Karen Tumlin, the director of legal strategy for the pro-immigration National Immigration Law Center, said she was heartened that the decision declined to reprimand lower court judges for issuing nationwide rulings blocking Trump’s policies from going into effect — as the government had asked — and that it said while Trump’s history of comments wasn’t relevant in this case, it was something a court could theoretically consider when evaluating a policy.

The majority could have chosen to handle those issues differently, she argued, suggesting the high court intended to leave them open.

But she expressed dismay that the 5-4 majority ruling was “blind” to the context of the travel ban and “unhinged from the facts,” in her eyes.

“A decision like this does shake one’s belief,” Tumlin said. “Certainly I and folks at the National Immigration Law Center will turn to continuing a longer fight for justice. … As long as the Trump administration is trying to rewrite and radically alter the nation’s immigration system, folks like my organization and others will be taking them to court to challenge that.”