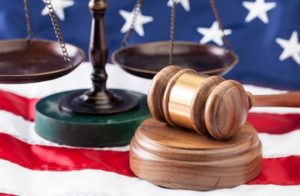 One judge went as far as to call out key Trump ally Ken Cuccinelli for his attempt to tweak Emma Lazarus’ iconic poem on the Statue of Liberty.

Under the proposed rule, many green card and visa applicants could be turned down if they have low incomes or limited education because they’d be deemed more likely to need government assistance in the future, including most forms of Medicaid, food stamps and housing vouchers.

Friday’s rulings from judges in New York and Washington state against the so-called “Public Charge” rule will apply nationwide, while a third judge in California halted the rule from taking effect in select locations.

In the rulings, judges were clearly unhappy with the White House’s direction on immigration policy.
Judge Phyllis J. Hamilton in California included Lazarus’ poem on the Statue of Liberty’s pedestal in her ruling.

It was a response to acting US Citizenship and Immigration Services Director Cuccinelli, who tweaked the famous poem — whose words, “Give me your tired, your poor, your huddled masses yearning to breathe free,” have long been associated with immigration to the US and the nation’s history as a haven — as part of his defense of the regulation in August.

Cuccinelli had said: “Give me your tired and your poor who can stand on their own two feet and who will not become a public charge.”

Hamilton added an admonishment Friday that, “whether one would prefer to see America’s borders opened wide and welcoming, or closed because the nation is full, laws — not poetry — govern who may enter.”

There have been at least nine lawsuits brought against the rule, which was announced in August.

New York State Attorney General Letitia James, who led one of the lawsuits, has said the rule specifically targets immigrants of color.