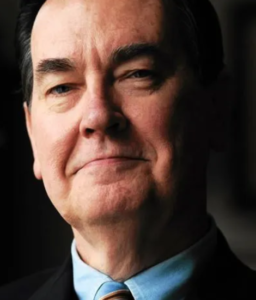 The saying “the chickens have come home to roost” seems to apply to the immigration policies of the Biden administration, sanctuary cities and states.

Gov. Greg Abbott (R-TX) and Gov. Doug Ducey (R-AZ) have been sending hundreds of people who have illegally crossed the border into their states to Chicago, New York, Washington, D.C., and Delaware. Gov. Ron DeSantis (R-FL) sent 50 migrants to the uber-liberal town of Martha’s Vineyard. Massachusetts. Gov. Charlie Baker (R-MA) promptly ordered the National Guard to send them to Joint Base Cape Cod.

That should preserve property values in a town where wealthy residents, including former President Barack Obama, own homes.

The saying about roosting chickens refers to the unpleasant effects of actions someone has taken. Having declared their cities and states safe havens for migrants, Democratic mayors and governors are now loudly complaining they don’t have the room or resources to care for them.

They don’t mind burdening states with Republican governors for the cost, housing, health risks (few appear to have been tested for COVID-19) and other challenges, but instead are taking a “not in my backyard” position when forced to deal with the U.S. government’s failure to control the border.

Illegal immigration has ebbed and flowed under previous administrations, but has reached new and unsustainable levels under the current one.

Busing migrants to these liberal bastions is a clever political move, which even some on the left have acknowledged. The latest occurred when two busloads of them were dropped off outside the Washington, D.C., residence of Vice President Kamala Harris. Fox News is one of the few media outlets to consistently cover the border crisis, including human and human traffickers and the smuggling of fentanyl into the country, a drug that has become the number one cause of death among 18 to 45 year olds.

That other media have largely ignored or downplayed the immigration crisis is journalistic malpractice.