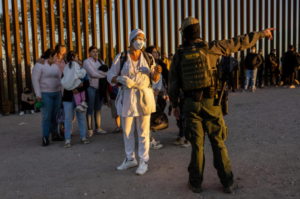 As they plot a post-midterms legislative agenda for President Joe Biden, White House officials have been considering whether changes to the country’s immigration system should be one of his major policy pushes, according to White House officials and other people familiar with the discussions.

The talks are happening within a small group of Biden aides, and the president hasn’t yet made any decisions, the sources said. The policy details of any immigration push, as well as its scale and scope, would depend on the makeup of Congress and the political climate, the people familiar with the discussions said.

Such a push reflects an acknowledgment among Biden’s advisers that as he prepares for a re-election campaign based on the slogan “Promises Kept,” immigration remains a 2020 campaign pledge that remains largely unfulfilled.

Republicans, meanwhile, have sought to wield the issue against Democrats ahead of November’s elections by pointing to record numbers of illegal border crossings, throwing Biden and his fellow Democrats on the defensive even as they counter that they’re the ones striving for a bipartisan solution.

“The challenge is that Republicans have a stranglehold on making any progress,” said Cecilia Munoz, who was the director of the Domestic Policy Council in Barack Obama’s White House.

Biden sent Congress a comprehensive bill to overhaul the immigration system on his first day in office. But he has expended no political capital to move it forward in the nearly two years since, while Democrats controlled the House and the Senate.

Now, however, some Biden officials believe elevating immigration to a high-profile priority could benefit the president regardless of the outcome in the midterms: Either he makes bipartisan progress in revamping the immigration system, or he casts the GOP as nativists determined to block migration to the U.S.