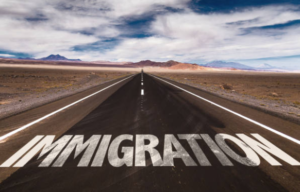 Despite the fact that some pundits think that immigration politics could be a real boon to Democrats in the 2018 midterms, the “issues” campaign webpages of many vulnerable Senate Democrats do not really discuss immigration, if they mention it at all. The “issues” pages of Jon Tester (Mont.), Claire McCaskill (Mo.), Joe Donnelly (Ind.), Heidi Heitkamp (N.D.), and Bill Nelson (Fla.) all talk about health care but don’t highlight immigration. Sherrod Brown (Ohio) is comfortably ahead in most polls, but his “issues” page doesn’t have an “immigration” topic, either. These senators all voted for the Gang of Eight bill, which would have dramatically increased legal immigration and provided a mass amnesty, but they don’t trumpet this issue here.

On the other hand, many of their Republican opponents do highlight immigration as an issue. In Florida, Rick Scott has a page on immigration that reiterates his support for both a DACA fix and efforts to stop illegal immigration. Montana’s Matt Rosendale has an issues page calling for the building of a wall. Kevin Cramer, who is challenging Heitkamp in North Dakota, highlights immigration, as does Donnelly’s Republican opponent, Mike Braun.

In many of these contested races, it seems that Republicans are more eager to emphasize immigration than Democrats. That may in part be because of enthusiasm among core GOP voters about this issue, but it may also be because discussing certain elements of immigration policy (such as enforcement and the size of immigration flows) could be more politically perilous for Democrats. For instance, many progressive activists want to increase the rate of legal immigration, but many public opinion polls suggest that increasing legal immigration is an unpopular position.