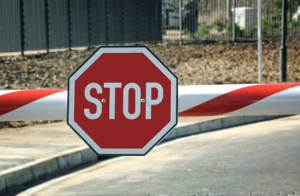 In February of 2018, Francis Cissna, the director of Citizenship and Immigration Services (U.S.C.I.S.), announced that he was changing the agency’s mission statement. It would no longer make reference to “America’s promise as a nation of immigrants,” Cissna said. Instead, it would emphasize the agency’s charge to preserve “the nation’s lawful immigration system.” U.S.C.I.S., which is generally overshadowed by ice and Border Patrol, its counterpart agencies at the Department of Homeland Security, processes applications for visas, citizenship, legal residency, and asylum, and has authority over a vast network of regulations and federal rules that affect the lives of tens of millions of immigrants in the United States. Cissna has been the head of U.S.C.I.S for nearly two years, and during that time he has reshaped the legal immigration system in ways that are often too technical to capture mainstream attention: he has created a denaturalization task force to strip people of their citizenship, restricted work authorizations, blocked paths for immigrants to obtain legal status, and imposed rules to penalize immigrants for their use of public services. He has also been a vocal critic of the country’s family-based legal immigration system, which he, like the President, has long wanted to overhaul. A profile in Politico called Cissna “the man behind Trump’s invisible wall.”

One thing Cissna has always made clear is that his actions are a matter of law, not ideology. The distinction has been a point of pride for him. “Cissna is an immigration nerd,” one of his former U.S.C.I.S. colleagues told me. Any time Cissna testifies in front of Congress or leads internal agency meetings, he carries a soft-bound volume of the Immigration and Naturalization Act—as if he were the embodiment of the by-the-book bureaucrat. The appearance of such fastidiousness is part of his power; his policy positions, however extreme, are shrouded in legal rationales. His denaturalization task force, for instance, was about “denaturalizing people who should not have been naturalized in the first place,” he said.