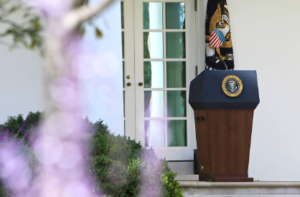 The White House has directed Department of Homeland Security officials to secure “safe third country”–style agreements, which require asylum-seekers traveling through a country to first seek protection there, with two more Central American countries by the end of the month in a bid to slash immigration to the US, according to documents obtained by BuzzFeed News.

The documents were developed as briefing materials for a planned meeting between acting DHS Secretary Kevin McAleenan and the new Honduran ambassador to the US to discuss a potential agreement.

DHS officials want to push Honduran leaders to agree to a deal to help stem the flow of asylum-seekers attempting to reach the US by pointing to a reduction in immigration after signing a similar agreement with Guatemala, according to the documents. The White House has directed DHS officials to secure the agreements with Honduras and El Salvador by Oct. 1, the documents state.

The Trump administration has previously tried to secure a series of agreements with Mexico and other Central American countries, such as Guatemala, El Salvador, and Honduras, as a strategy to block asylum-seekers from reaching the southern US border. Advocates and experts have long pointed out that such agreements would leave asylum-seekers in precarious conditions in countries that are not able to offer adequate protections.

The US government has warned travelers about visiting Honduras since 2012 because of its high crime rates and noted that no major urban areas in the country are free of violent crime. The Overseas Security Advisory Council wrote in a recent report that Honduran law enforcement officials are often unable to adequately solve crimes and public transportation should be avoided. The US State Department warns American travelers to “reconsider travel to Honduras due to crime.”

In July, the Trump administration signed an agreement with Guatemala with the country’s president, Jimmy Morales, that would force asylum-seekers to first seek protection there. While the White House has celebrated the deal, the agreement has yet to take effect because it has not been ratified by the Guatemalan Congress.