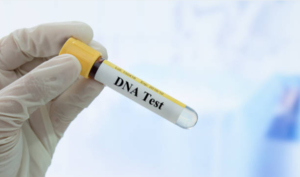 The Trump administration wants to enable Customs and Border Protection officials to collect DNA samples from undocumented immigrants in its custody, according to a draft policy obtained by BuzzFeed News.

The move will likely inspire the anger of civil liberties and immigrant advocates, who argue that the government should not draw sensitive personal information from people without being tied to a specific crime.

Administration officials estimate that CBP officials would spend more than 20,000 additional work hours on such a policy in its first year of implementation. Hundreds of thousands of individuals could have their DNA collected each year if the draft regulation, proposed by the Department of Justice, is fully implemented.

While the regulation does not specifically say Immigration and Customs Enforcement officials would also collect DNA from people in their custody, it also does not limit them from doing so.

In a statement to BuzzFeed News, a DHS official said the federal agency “is working closely with the Department of Justice on a path forward for DNA collection.”

Proposed regulations are not immediately enacted and require a 60-day comment period.

Administration officials cite a statute — the DNA Fingerprint Act of 2005 — that allows federal agencies to collect DNA from individuals in their custody, including those who are not American. But previous DOJ regulations exempted agencies under the Department of Homeland Security — including CBP and ICE — from conducting such collection in certain circumstances.