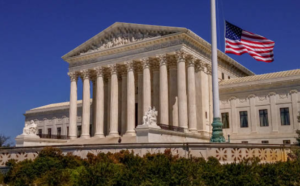 (CNN)President Donald Trump has placed the Obama administration’s Deferred Action for Childhood Arrivals (DACA) program squarely in his anti-immigration crosshairs. Ever since Trump took the oath of office, DACA has been living on borrowed time, which may soon run out — with potentially devastating consequences for hundreds of thousands of young people.

In September 2017, Trump tried to end DACA, which protects from deportation undocumented immigrants who came to the United States as children with their parents. But a series of decisions from federal trial and appellate courts put Trump’s efforts on hold and allowed DACA to continue temporarily.

Do not be lulled by the temporary maintenance of the status quo. The skies are darkening for DACA. The case heads to the Supreme Court in its upcoming term, and this week the Justice Department formally backed Trump’s effort to end the program. The Justice Department surprised exactly nobody by siding with Trump, arguing that DACA “at best” is “legally questionable” and “at worst, it is illegal.”

How the Supreme Court will rule is uncertain, but watch for a 4-4 split along the Court’s ideological fault lines. Expect the four conservative justices, all appointed by Republicans (Justices Clarence Thomas, Samuel Alito, Neil Gorsuch and Brett Kavanaugh) to support the Trump administration’s effort to end DACA, and the four liberal justices, all appointed by Democrats (Justices Ruth Bader Ginsberg, Stephen Breyer, Sonia Sotomayor and Elana Kagan) to vote against it.

In that case, Chief Justice John Roberts will likely cast the swing vote, as he has done in recent blockbuster rulings, including some pertaining to immigration. Roberts, a nominee of President George W. Bush, has stalwart conservative credentials, but over time he has become more unpredictable and has sided with the Court’s liberal bloc in high-profile cases. He stunned many by casting a decisive vote to uphold the Affordable Care Act in 2012, and in the most recent term, Roberts sided with four liberal justices to block the Trump administration’s effort to add a citizenship question to the census in the absence of a legitimate explanation of reasons from the White House.