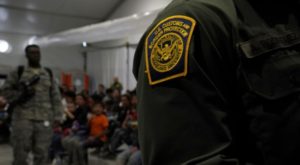 Here are three takeaways from our conversation:

1. There are two big immigration debates, not one. Talk about immigration policy usually focuses on illegal immigration. But a debate is also brewing over legal immigration. That debate turns on two questions: What should be the overall level of legal immigration? And, what criteria should be used to determine who can come live in the United States legally? On the latter score, there is a push to move away from the current system, which stresses family ties, toward a merit-based immigration system like those found in much of the rest of the world that would weigh education and skills more heavily.

3. Where the two sides disagree, they disagree intensely. The big issue, of course, is what to do about the roughly 11 million people living in the United States illegally. Democrats favor some version of amnesty, which Republicans adamantly oppose. Republicans favor encouraging or forcing undocumented people to leave the United States, which Democrats adamantly oppose. This disagreement has so far stopped attempts at comprehensive immigration reform in their tracks.

Ted and Jim have both written extensively about immigration policy. Ted wrote The Closing of the American Border: Terrorism, Immigration, and Security Since 9/11. He was also the project director for the CFR Independent Task Force report, U.S. Immigration Policy, which surveyed the problems with U.S. immigration and proposed an array of potential solutions. In “Smart Borders,” Ted discussed the dilemma the United States faces in trying to secure its borders while also being open to both goods and people. In that vein, he has written that many U.S.-based “companies are worried that the U.S. could lose its standing as the destination of choice for smart immigrants” and that restricting immigration isn’t likely to solve the problem of wage stagnation in the United States.