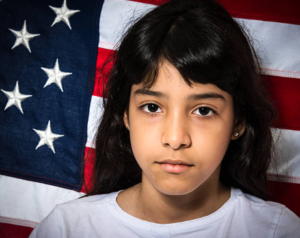 President Donald Trump declared his opposition to sanctuary policies when he signed Executive Order 13768, “Enhancing Public Safety in the Interior of the United States,” during his first month in office. It states that to the extent permitted by law, jurisdictions that willfully refuse to share immigration information with federal immigration officers will not be eligible to receive federal grants.

Shortly after the order was released, two California localities filed suit in federal district court seeking to halt the implementation of that directive.

This began a dispute between Trump and the state of California over its sanctuary policies that is still going on.

The most recent lawsuit was filed by the Department of Justice. The DOJ seeks to enjoin three of California’s sanctuary laws which allegedly reflect a deliberate attempt to obstruct the enforcement of federal immigration law.

One of these laws is S.B. 54, which, in addition to restricting the sharing of immigration information with federal immigration officers, prohibits the transfer of criminal aliens to federal custody.

If this dispute escalates, the next step may be harboring prosecutions of California officials who are deliberately making it easier for immigrants to remain in the United States illegally, such as the officials responsible for the enactment of California A.B. 60.

Is California really helping undocumented immigrants with its sanctuary policies?

A recent report from the Economic Policy Institute (EPI) on labor laws that California has enacted to protect unauthorized immigrant workers indicates that many immigrants who have been attracted to California by its sanctuary policies are being exploited by unscrupulous employers.

According to EPI, fear of being reported to Immigration and Customs Enforcement (ICE) gives employers extraordinary power to take advantage of unauthorized immigrant employees.