Home Resources The lie of the immigrant welfare queen 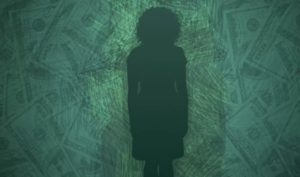 A Harvard University study recently found that people in Western countries, including America, have succumbed to many restrictionist myths. The right-wing campaign against immigration, in other words, has worked.

But that doesn’t mean that immigration advocates should despair. The study’s findings suggest that to the extent that they can make the case that immigrants don’t need handouts to succeed, they have a shot at turning public opinion around.

The study, conducted by Political Economy Professor Alberto Alesina and and Economics Professor Stefanie Stantcheva, administered online questionnaires to 24,000 respondents in six countries — U.S., U.K., France, Germany, Italy, and Sweden — with the explicit aim of studying legal, not illegal, immigration. That is something that everyone, except for the most hardline restrictionists, allegedly favors, especially in America.

But on literally every count — the levels of immigration, the composition and basic characteristics of immigrants — negative stereotypes abound.

About 3 percent of the world’s population lived outside its birth country in 1900. And 3 percent does so now. By any objective metric, the modern age has experienced no historic flood of immigration.

But restrictionists have been beating the drum of “mass immigration” so long that people have come to believe it as true. In every country, the study found, people vastly overestimate the number of immigrants present. For example, in America, legal immigrants constitute about 10 percent of the population. But what is the average perception? Thirty-six percent — or a whopping 22 percent above the total combined share of immigration — legal and illegal, which is about 4 percent of the population. Every group — educated, uneducated; rich, poor; liberal, conservative — has fallen for this myth.

What’s more, people also seem to have a warped idea of where immigrants come from and who they are. Americans in particular tend to overestimate the share of North African and Middle Eastern immigrants, particularly Muslim. Indeed, Muslims are 10 percent of all immigrants (or less than 2 percent of the total U.S. population) but the study’s respondents commonly believed they were 23 percent. At the same time, the respondents underestimated the share of Christian immigrants, systematically exaggerating the cultural distance between themselves and immigrants.

By Shikha Dalmia for THE WEEK
Read Full Article HERE