Home Resources The Importance of Making the Moral Case for Immigration 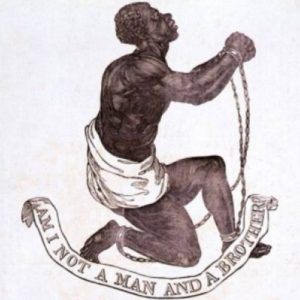 I recently attended a conference on immigration policy. As is often the case, many of those speakers who favor greater openness to immigration argued that advocates for immigrants should emphasize efforts to allay concerns that immigrants threaten the self-interest of native-born Americans. On this theory, more must be done to explain how immigrants can bolster the economy, spur innovation, and contribute to the culture, and conversely why they don’t threaten natives’ jobs, increase crime, or overburden the welfare state. These issues are all worth addressing. But in focusing primarily on these sorts of questions, I fear many immigration advocates may be overlooking the lessons of past successful efforts to expand liberty and promote equality for groups previously considered unworthy of serious moral consideration.

Relevant historical parallels include the abolition of slavery, the civil rights movement, the women’s rights movement, and – most recently – the successful effort to institute same-sex marriage. In each case, success was achieved principally through arguments focused on universal moral principles and on the common humanity the rest of us share with the group in question, not arguments emphasizing how helping the oppressed would promote the narrow self-interest of other parts of the population. Moral appeals were by no means the only factor that mattered in these cases. But their role was central, nonetheless.

What did more to promote the antislavery cause: the abolitionists’ argument that slavery was unjust because black slaves had the same right to liberty as whites, or Hinton Helper’s argument that ending slavery would serve the self-interest of southern whites? The answer seems pretty clear. Few if any historians would argue that the latter had more than a fraction of the effect of the former, even though there was considerable truth in Helper’s claims. The famous British antislavery image pictured above is another noteworthy example of the key role of moral appeals. It emphasizes that blacks are fundamentally akin to whites, and that there is no justification for denying the former the liberty claimed by the latter. Harriet Beecher Stowe’s novel, Uncle Tom’s Cabin – the most successful antislavery book in American history, made much the same sort of case. It emphasized the common humanity between blacks and whites and the ways in which slavery was unjust, not the ways in which it damaged the economy or otherwise harmed the interests of whites.