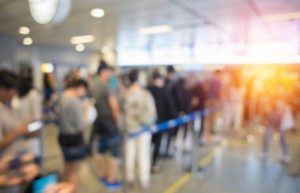 The year was 1986. We tried the carrot approach, I suppose hoping that if we were understanding and big-hearted, the curse of nonstop illegal immigration would cease. President Reagan, a conservative Republican, with the acquiescence of Congress, granted amnesty to millions of foreign nationals illegally residing in the United States.

The slate was wiped clean, and from then on, we were told, the government would get serious about illegal immigration. The borders would be secured, immigration law enforced. It was a sham. Mass illegal immigration continued unabated. Just another slap in the face to American citizens.

The national nightmare is back. We are again told that amnesty is needed. It’s as if our leaders took a collective, deluding sedative. State governments unilaterally declare “states’ rights” on an issue clearly in the federal purview.

We are lectured that “those living in the shadows” are the real problem, not the presence of millions of unknown lawbreakers. Twisted thinking, in effect, flips the argument in a classic psy-op deflection exercise: those breaking immigration law represent “our values,” while citizens desiring serious law enforcement embody jack-booted thuggery.

Immigration enforcement advocates allow themselves to be on constant defense, caving in as they offer compromise after compromise. There’s a word that describes this: wimp. Republicans are as guilty as Democrats, libertarians, and so-called constitutionalists. No political party appears to possess the necessary grit to deal with illegal immigration.

There’s a new, belligerent foreign presence masquerading as American, demanding and getting public entitlements, insisting on sanctuary, even respect. Citizens appear shell-shocked by the sheer magnitude of the problem permitted to fester.

Here are our options: we can a) continue in a lackluster mode, living with millions of unknown foreigners on our soil; b) grant another outrageous amnesty, which is virtually the same as option a (only that our leaders would feel virtuous, that they really did something); or c) change course, aggressively and unapologetically applying the spirit and letter of the law.