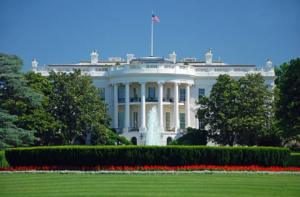 Donald Trump has a problem heading toward his reelection campaign: immigration. He is being pressured on this issue from two sides. From the right, his signature campaign promise to build a wall between the United States and Mexico amounts to his largest broken promise. If his presidency ended today, Trump’s legacy on immigration would be a massive increase in illegal entrants and a humanitarian crisis on the border itself. The mostly symbolic series of executive orders on immigration, through which Trump has tried to satisfy restrictionists, have failed to reduce illegal immigration or change the composition of immigration in the way reformers desire. In fact, while many restrictionists and reformers want higher-skilled immigration, Trump has overseen a dramatic decline in student visas. At the same time Trump’s measures have enraged immigration proponents, swelled their ranks, and potentially radicalized Democrats on the issue.

That brings us to the other half of Donald Trump’s immigration problem. The entire atmosphere around the issue of immigration has changed in four years.

It’s worth remembering the political and news climate in which Donald Trump emerged. In 2015, uncontrolled migration and its connection to disorder, disease, crime, and terror had dominated certain sections of the news. American restrictionists followed developments in Europe.

There was the Charlie Hebdo massacre in January in Paris, followed by various shootings and stabbings connected to ISIS in Belgium, Germany, and France. Late in the year there were more horrendous attacks in Paris, killing 137 people. And in the United States, Tashfeen Malik, a Pakistani who had spent much of her life in Saudi Arabia, engaged in mutual radicalization with her U.S.-born husband ahead of their terroristic shooting spree in San Bernardino. In the first days of 2016, news began to dribble out that a group of refugees and migrants had participated in what seemed like a coordinated sexual assault on New Year’s Eve revelers in Cologne, Germany. One of the police reports admitted that a Syrian man picked up as a suspect demanded nice treatment because “Frau Merkel invited me.”