Home Resources The Great Immigration Experiment: Can a Country Let People in Without Stirring Backlash? 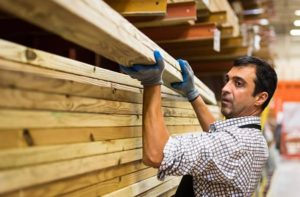 YOKOHAMA, Japan—Filipino nurse Candy Alovera has one shot at a life in Japan. She and her partner must learn Japanese and pass a tough nursing examination on the first try.

If they succeed, they will be able to bring their 7-year-old son from the Philippines and work at jobs that pay five times what they earned back home. If not, they will have to leave.

While such policies would qualify as tough in many Western nations, in Japan they represent an opening up. One of the world’s most immigration-resistant countries is trying to attract workers needed for jobs ranging from apple picking to airport baggage handling.

To do that, Japan is imposing strict rules in an effort to head off the kind of social and political turmoil that migration has brought to the U.S. and Europe. In many cases, foreign workers in Japan can’t bring family members and can’t stay longer than five years. Most programs require Japanese-language proficiency. Only in the most labor-starved industries can foreigners secure a path to permanent residency—and the government can cut off the flow if the shortage eases.

“It’s hard to leave our son, but it’s all for him actually,” said the Filipino nurse, Ms. Alovera, who is allowed to work in Japan for three years while she prepares for the test.

Japan’s experiment, which some business leaders and human-rights groups say is too restrictive, is a test of whether a country can bring in foreign workers without sparking the kind of populist backlash that has turned immigration into a divisive issue in the U.S., Germany, Italy, the U.K. and other countries.

As Japan debated opening up, some politicians and newspaper editorials warned that it needed to avoid the instability seen in the West.

“It would be a disaster if we ended up with the same problems as the U.S. and Europe because we don’t have a proper immigration policy,” Yuichiro Tamaki, the leader of opposition Democratic Party for the People, said late last year as policy makers put together plans to allow in more foreigners.