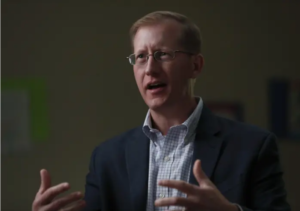 The head of the US refugee agency that oversees the care of thousands of unaccompanied immigrant children in government custody has been replaced, according to an internal email obtained by BuzzFeed News.

The Office of Refugee Resettlement, which is housed within the Department of Health and Human Services, oversees shelters across the country that hold unaccompanied children. These shelters then look to identify potential “sponsors” or family members in the US for permanent placement.

Jonathan Hayes, the director of the ORR, had been in the position since February 2019, during the height of an increase in referrals of unaccompanied children who had crossed the border and got picked up by Border Patrol agents. As of late March 2019, around 32,000 unaccompanied children had been referred to the ORR for custody.

“Jonathan Hayes, as ORR Director, has led and served with dignity, with passion, and with humility. Together, you have made an enormous impact for the good over the last two years,” Lynn A. Johnson, assistant secretary of the Administration for Children and Families, which oversees ORR, wrote in an internal email Friday announcing the move. “That is why it is so bittersweet for me to share with you that Director Hayes has been promoted to serve as Senior Advisor in the office of the Assistant Secretary for Preparedness and Response at HHS, effective today at 6pm EST.”

The agency has been a focus of criticism by Immigration and Customs Enforcement officials, along with those at the White House and Stephen Miller, a senior adviser to President Donald Trump.

An HHS official told BuzzFeed News that Hayes had been pushed out of his role at the direction of the White House.

But in a statement, an HHS spokesperson said Hayes had been tapped to help with the government’s coronavirus response as senior advisor in the Office of Assistant Secretary for Preparedness and Response. In that role, the spokesperson said Hayes “brings a tremendous amount of experience managing complex logistical challenges as Director of ORR, under often difficult and dynamic circumstances.”