Home Resources The Cost of Immigration Enforcement and Border Security 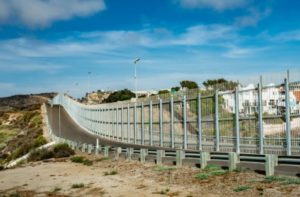 Since the creation of the Department of Homeland Security in 2003, the federal government has spent an estimated $324 billion on the agencies that carry out immigration enforcement. As Congress renews its focus on immigration enforcement and border security, it is important to review how much money has already been spent on these initiatives and what outcomes have been produced.

Immigration enforcement spending largely falls into two issue areas: border security and interior enforcement. Border spending includes staffing and resources needed for U.S. Customs and Border Protection (CBP), an agency of the Department of Homeland Security (DHS) working at and between United States ports of entry. Interior enforcement is primarily focused on staffing and resources for U.S. Immigration and Customs Enforcement (ICE), also part of DHS, to apprehend noncitizens in the interior of the country, detain those undergoing removal proceedings, and deport those ordered removed.

Currently, the number of border and interior enforcement officers stands at more than 50,000, with ICE and CBP employing over 84,000 people in total. The number of U.S. Border Patrol agents nearly doubled from Fiscal Year (FY) 2003 to FY 2018. Additionally, the number of ICE agents devoted to its office of Enforcement and Removal Operations (ERO) nearly tripled from FY 2003 to FY 2018. In fiscal year 2018, the Department of Homeland Security employed more than 7,700 ERO officers.