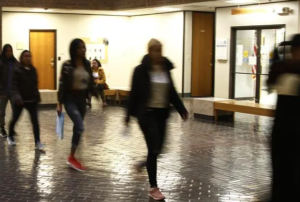 The Biden administration plans to put on hold the deportation cases of certain immigrants who may gain legal status outside of the immigration court system, according to a memo issued Tuesday and obtained by BuzzFeed News.

The memo, written by a chief immigration court official, Tracy Short, appears to be part of an effort to reduce the staggering backlog of more than 1 million deportation cases, which has resulted in some immigrants waiting years for a hearing. Reducing it has been a priority of the Biden administration. The issue is particularly urgent as the court system prepares for a potential flood of new cases when a pandemic-era border policy, Title 42, expires in late May and more immigrants are expected to enter the US.

It also falls in line with efforts at ICE to reshape the role of immigration enforcement in the US by focusing on what it considers more serious targets. Biden officials issued a memo to Immigration and Customs Enforcement prosecutors earlier this month authorizing them to consider dismissing certain cases involving immigrants who did not cross the border recently and are not public safety threats.

Short’s memo to immigration judges details how the Executive Office for Immigration Review (EOIR) — the US immigration court system — may put on hold certain deportation cases involving immigrants, including those who have applications pending with the US Citizenship and Immigration Services for benefits such as a green card through a family member.

“I have determined that certain cases should be taken off the court’s calendar,” Short wrote in the memo.

In other instances, individuals with an approved visa petition or eligibility for temporary protected status, which protects people from deportation for a certain period of time, also could have their cases removed from the court’s calendar. Children seeking asylum or pursuing a special immigrant juvenile classification, which is reserved for children who were abused or neglected by parents, will be eligible as well.