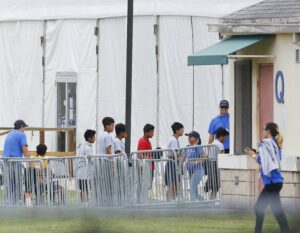 The Biden administration will provide government-funded legal representation to certain unaccompanied immigrant children in deportation proceedings in eight US cities as part of an effort to boost legal access in the immigration court system, according to agency officials.

The new effort, labeled the Counsel for Children Initiative, comes months after the Biden White House dealt with an increase in children arriving at the southern border, leading to overcrowded detention facilities and a scramble to find appropriate locations to hold them. Immigrants in deportation proceedings are generally not provided an attorney by the government if they cannot afford one.

“By providing noncitizens and their representatives with more resources, we can better ensure that respondents understand immigration court proceedings, that legal representation before EOIR will increase, and that the public will grow more confident in the due process our Immigration Judges provide,” David Neal, the new head of EOIR, said in a statement.

Research done by the American Immigration Council shows that children with legal representation historically show up to their court hearings. The group found that in 95% of cases between 2005 and 2016 in which a child had representation they showed up to their court proceedings, compared to 33% who were not represented. A limited number of children receive funded attorneys through a different process than the one created by the Biden administration in recent weeks.